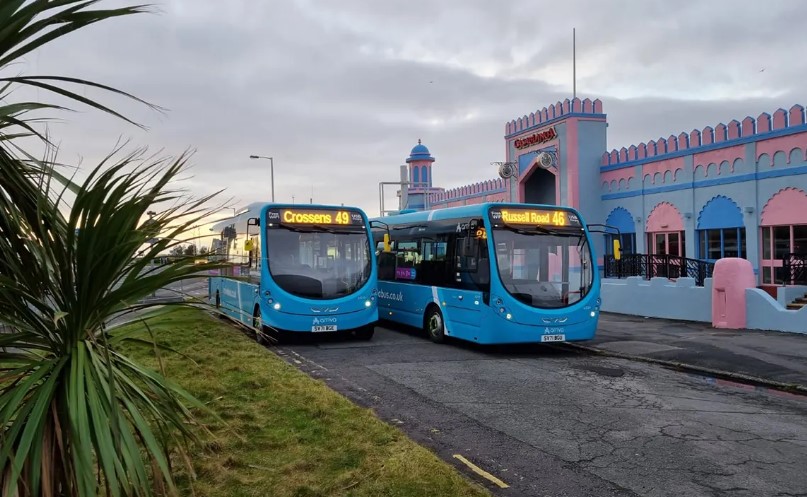 Bus workers employed by Arriva across the North West are preparing to ballot for industrial action in a dispute over pay.

The dispute is a result of Arriva offering the workers a pitifully low pay increase. This involved a maximum no strings pay increase of three per cent or a six per cent increase which includes reductions in sick pay and loss of Saturday enhanced pay. Both offers are far below the current real inflation rate (RPI) of 11.1 per cent.

Over 1,800 members of Unite, the UK’s leading union, are involved in the dispute. The ballot will open on Monday 20 June and it will close on Monday 4 July.

Unite general secretary Sharon Graham said: “Arriva needs to get serious and make our members a realistic pay offer. Arriva can full afford to pay our members a fair rate of pay but it is choosing not to do so to boost its profits.

“Unite is totally committed to defending our members jobs, pay and conditions and will be giving our members at Arriva its complete support until this dispute is resolved.”

If workers vote for industrial action then strikes could begin later in July.

Pay rates for bus drivers vary between the various depots with drivers at Winsford paid just £11.08 an hour.

Unite regional officer Dave Roberts said: “Strike action would result in considerable disruption for passengers throughout the North West but this dispute is entirely of Arriva’s own making. Despite extensive negotiations it has failed to make an offer which is anywhere close to our members’ expectations.

“Even at this late stage strike action could still be avoided if Arriva returns to the negotiating table and makes a realistic pay offer.”