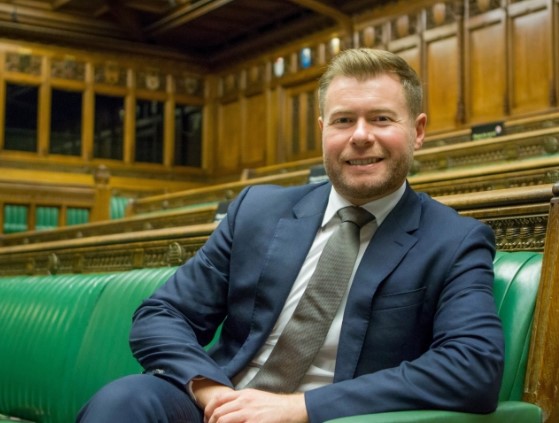 As David Bowie would say, is our MP becoming a Rebel Rebel?

At last our town has a representative in the House of Commons who actually thinks for himself and is not simply voting fodder for Boris Johnson's latest policy wheeze, you may deduce.

Sadly, you would be wrong. By his own admission this is only the second time he has defied the Tory whips in the past four years. So that means he's voted FOR the government on hundreds if not thousands of times since 2017.

So why did he make a big deal about his “rebellion” this week?

The proposed social care reforms are all to do with how much the elderly have to pay if they have to go into care. Labour claim the new rules will mean some pensioners will have to sell their homes to pay the bill. The Tories claim they won't.

Southport has a large elderly population, many of whom go out of their way to vote in local and national elections. So Mr Moore is doing what any politician of any party would do, he's protecting his support.

I've covered the political scene on Merseyside for the past 50 years and I struggle to think of any MP of any party who is a rebel in the true sense of the word.

With one notable exception. Back in 1991 when I was editor of the Merseymart weekly newspaper in Liverpool, I went to the Broadgreen constituency office of left-wing Labour MP Terry Fields, a former Fire Brigade Union official. He had just finished a 60 day term in Walton Jail for refusing to pay the much-criticised Poll Tax, introduced by former Prime Minister Margaret Thatcher.

He had no regrets. But why not just pay and get on with life, I asked. His response has stuck with me all these years later. “Because lots of my constituents just can't afford to pay the Poll Tax and I'm on their side. Sometimes you have to say, to thy own self be true.”

A few months later he was booted out of the Labour Party for being a supporter of Militant Tendency. Now that's a true, principled rebel.

Back to Southport MP Damien Moore. I like him. He's a decent man and I think his heart is in the right place. He thinks he has the right policies to make the country a better place. His opponents disagree. That's politics.

But is he a Rebel, Rebel? The jury is still out on that one.

Finally, I guarantee the Rebel, Rebel tune will be in your head for the next couple of hours, if not days.