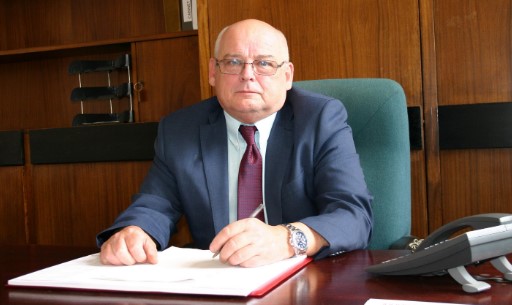 At a meeting of Full Council last night, the decision was made to recognise the four Trusts and all their staff formally, for their hard work and dedication during the Covid 19 pandemic.

Freedom of the Borough is the highest ceremonial honour the local authority can bestow and a permanent record of the Borough’s endless appreciation and debt of gratitude to the Trusts will now be formalised.

An Extra-ordinary meeting of council will be organised to officially grant the Freedom of the Borough, when Covid 19 restrictions will allow. In addition, a civic reception will be planned for officers of the Trusts and their invited guests.

Organistions receiving Freedom of the Borough gain the ‘right, privilege, honour and distinction of marching through the streets of the Borough on all ceremonial occasions with colours flying, bands playing, drums beating and bayonets fixed’.

Cllr Ian Maher, Sefton Council Leader said: “The Trusts and all of their staff have served the Borough and wider city region tirelessly throughout the pandemic, putting themselves at risk in ensuring the safety of others.

“That selflessness and dedication cannot be underestimated, which is why the Council are awarding NHS staff at all levels within the Trusts the Honorary Freedom of the Borough.”

Neil Masom OBE, the chair of Southport and Ormskirk Hospital NHS Trust said: “This is a tremendous honour for the tireless and often challenging work of colleagues during the Covid-19 pandemic.

“Every one of them is on the frontline in one way or another whether they are in a clinical, support or administrative role. We all work as one team and one family, ensuring we deliver the best possible care for those in need.”

Fiona Taylor, Chief Officer at South Sefton and Southport and Formby CCGs said: “This is a huge honour for NHS colleagues working in our local hospitals, recognising the risks and challenges many of them faced in dealing with the human tragedy of this pandemic. We’re proud, alongside our general practices, community and mental health providers, to support them in continuing to care for our communities and keeping us all safe.”

“Alder Hey is privileged to play a vital role in supporting the health of children in Sefton and around the world. This would not be possible without the support we receive from children and families around the Borough and from our friends and partners in the Local Authority and other agencies.”

Joe Rafferty CBE, Chief Executive of Mersey Care NHS Foundation Trust, said: “Like all other NHS organisations, the COVID-19 pandemic presented huge challenges for Mersey Care and I see this honour as recognition for everyone who have worked so hard during some of the most difficult times in the history of the NHS.

“We’ve had to adapt, quite often find different ways of working, but I’m extremely proud of the way we’ve continued to care and kept our mental health and community health patients and service users safe.”

Previous organisations to have been granted Freedom of the Borough include RAF Woodvale, in 2011, and No. 238 (Sefton) Squadron, 156 Regiment, Royal Corps of Transport, in 1982. Individuals who have had the honour bestowed upon them include Jamie Carragher, in 2004, and Donald “Ginger” McCain in 2006.