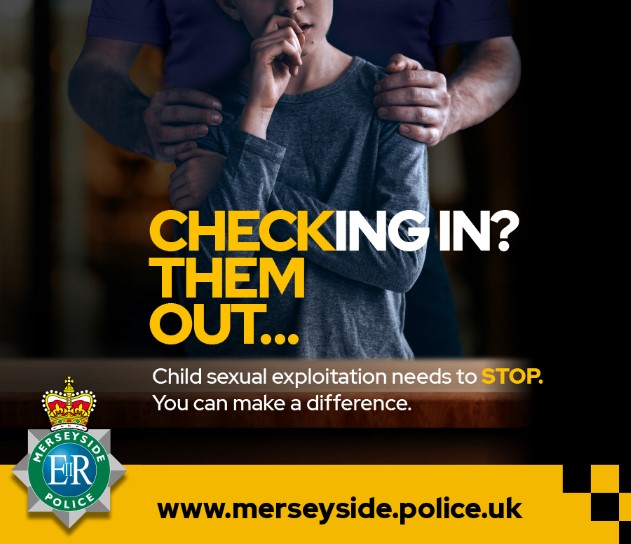 Recent events at The Scarisbrick hotel in Southport would support the action being taken by police. A Person was arrested in the Scarisbrick Hotel Southport after allegation of sexual activity with a child

Officers in Merseyside are supporting the national ‘Operation Makesafe’ initiative in our continued efforts to deter child sexual exploitation (CSE) being committed in our region.

Superintendent Graeme Robson said “Makesafe is intended to do exactly what it describes – make our communities safe – with specific emphasis on hotels and other leisure and hospitality businesses.

“Unfortunately we cannot be everywhere, all of the time. Therefore, the idea of this operation is to educate business owners and their staff on how they too can spot the signs of CSE. The ambition; for every hotel nationally to be able to confidently identify a person who may be at risk and raise the alarm with officers to ultimately save a vulnerable child.”

Officers will be engaging with all hoteliers to ensure they are equipped with the correct guidance on what to look out for and how to report suspicious activity to us.

Supt Robson continued “Sometimes children who are being exploited might not realise it. They might be getting new clothes, gifts or money but are also being subject to sexual, physical and mental assault. Therefore, we need to have as many eyes and ears on the ground that can look out for a child in need.

“This initiative has been developed nationally, but is applicable in Merseyside due to the high footfall we regularly see coming in and out of the area. Some of those travelling into Merseyside might be a victim of CSE and it is our collective responsibility to protect them.

“In addition to this, we are also proud to have launched our Violence Reduction Partnership (VRP) and ‘Eyes Open’ Campaign which focuses on Child Criminal Exploitation (CCE). We have continued to work with schools and encourage teachers and students alike to be wary of gangs looking to exploit them and encourage them to reach out if they or someone they know is in need.

“Our work with hotels and other businesses will continue and I hope hoteliers take it upon themselves to install CCTV, train staff, review ID protocols and undertake patrols around the premises amongst other things to ensure they are being responsible and assisting in keeping our communities safe.”

We also want the general public to remain vigilant and recognise possible signs of CSE. Some examples are: