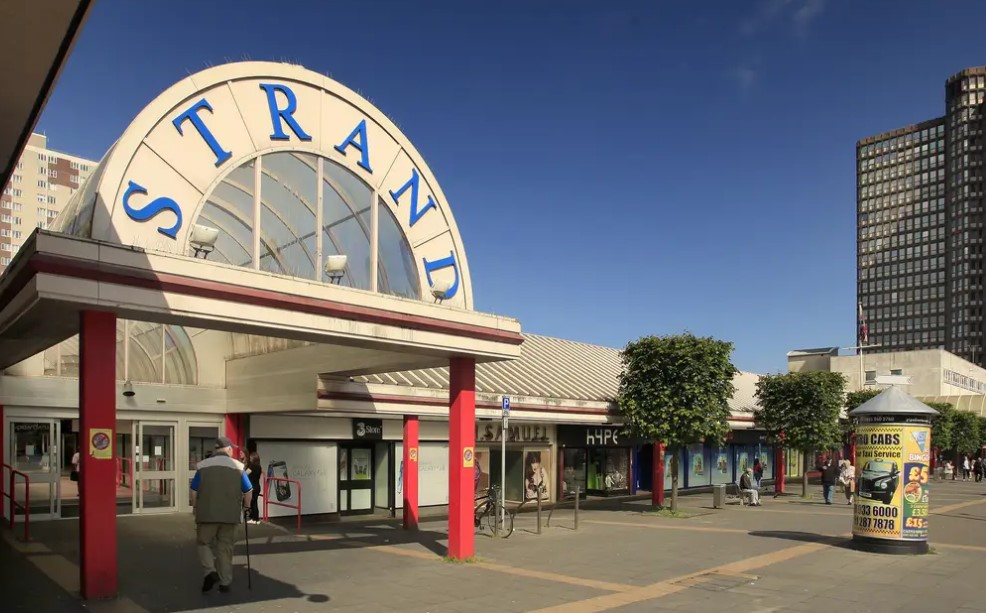 Police are in attendance in Bootle following an incident this afternoon, Monday 30 May.

At around 12.25pm we received a report that a man had fired a gun in Halifax bank in Bootle Strand shopping centre.

It was further reported that the man made off from the scene on a dark coloured mountain bike.

No injuries were reported but members of staff and customers in the bank were left extremely shaken by the incident.

An investigation has been launched by detectives and extensive forensic enquiries are ongoing to establish whether a gun has been fired.

The suspect is described as white male, of slim build, around 5ft, 11in tall. At the time of the incident he has his face covered, was wearing dark clothing and a Puma hoodie. CCTV and witness enquiries are ongoing to locate him.

No cash is believed to have been stolen from the bank during the incident.

Anyone who witnessed the incident or with any information is asked to contact police.

Chief Inspector Gary O’Rourke said:  “This was an incredibly reckless act which would have been an extremely shocking for anyone to witness.  I’d like to reassure the community that while the investigation is in its early stages, we’re working tirelessly to locate the person responsible and remove him from the streets.

“We would appeal for anyone in Bootle shopping centre this afternoon who saw the man described or anything suspicious to come forward.

“Similarly if you were driving in the Bootle Strand area and have dashcam footage then please review it and let us know if you see anything, particularly the a man on a bike described.

“Our officers will remain at the scene outside Bootle Shopping Centre while extensive enquiries are carried out and to provide reassurance to the local community, so please come and speak to them and let us know if you have any information which could help our investigation.

“There is no room for weapons and those who use them on our streets so please, tell us what you know and help us put the person responsible before the courts.”

Anyone with any footage, can upload this to be viewed by police via the following link to the NICE website:  Merseyside Police Officers are investigating a Firearms Discharge that occurred at Halifax, New Strand, Bootle, L20 | Merseyside Police | Community Portal (digital-policing.co.uk)