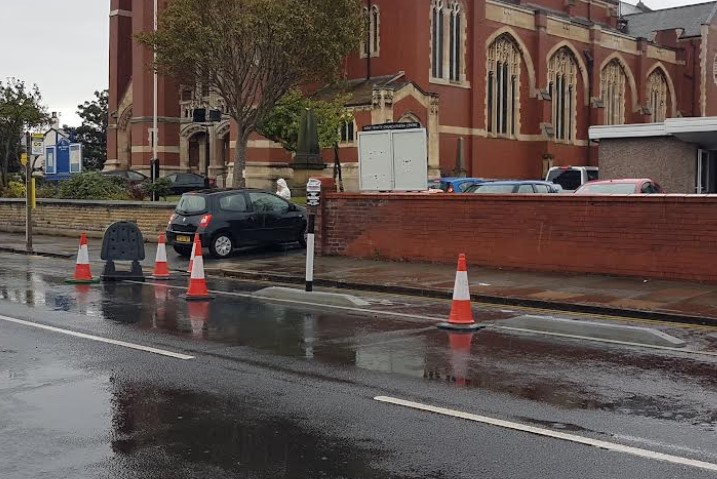 Thomas de Freitas provided these updated from the meeting.

This meeting was supposed to be an opportunity for the 11 committee members to scrutinise the report on the consultation, and give their comments directly to Cllr Fairclough - who would then make a decision in a few weeks.

Unfortunately Cllr Faircough decided not to attend the meeting, despite being listed on the meeting agenda as supposed to attend. The meeting had to go on without him.

All but one of Southport's four councillor committee members attended - Cllr Saithy (Lib Dem representing Meols Ward) did not attend.

Sivclair attended as a committee member, myself and Cllr Mike Morris attended as observers.

The meeting took around an hour and was largely critical of the council. The council have admitted that the same cycle lane bollards which exist along Hoghton Street would be imposed in areas such as Preston New Road if the plans were given the green light.

Cllr d'Albuquerque for the Conservatives re-affirmed the fact that the consultation did not show the popular support which the council had hoped for, and the council have agreed to take this away. He also raised the issue of the figures for road widths in the consultation being totally inacurate, and the council admitted that this may be the case as they 'rushed' the plans. They underlined that no decision had been made, and that it may be the case that this scheme is not taken forward. As mentioned, the decision will be taken by Cllr Fairclough 'in the coming weeks' as a council officer put it.

Cllr Shaw, who stood in for Cllr Saithy, made clear that he and his Lib Dem colleagues 'are absolutely in favour of these sort of schemes' in principle. This being said, they had reservations about some of the consultation content.

Sinclair did make clear that he wanted all 21 of Southport's councillors to be able to have an input on the report, not just the 4 who were members of the committee.

A meeting has now been offered for Southport councillors with Cllr Fairclough - let's see if he shows up!