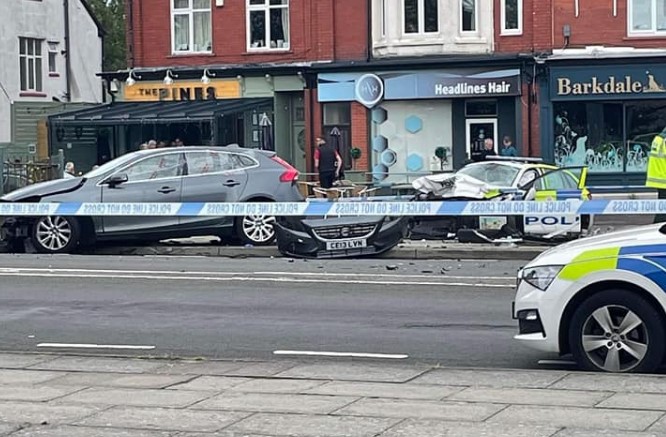 The emergency services were called to Hillside Road in Southport yesterday afternoon after two cars one of which was a police car collided.

Both vehicles were badly damaged in the accident. Witnesses nearby said the driver of  the police car was at fault but this has yet to be confirmed.

Paramedics treated the injured. As the police have not released details their condition is not known.