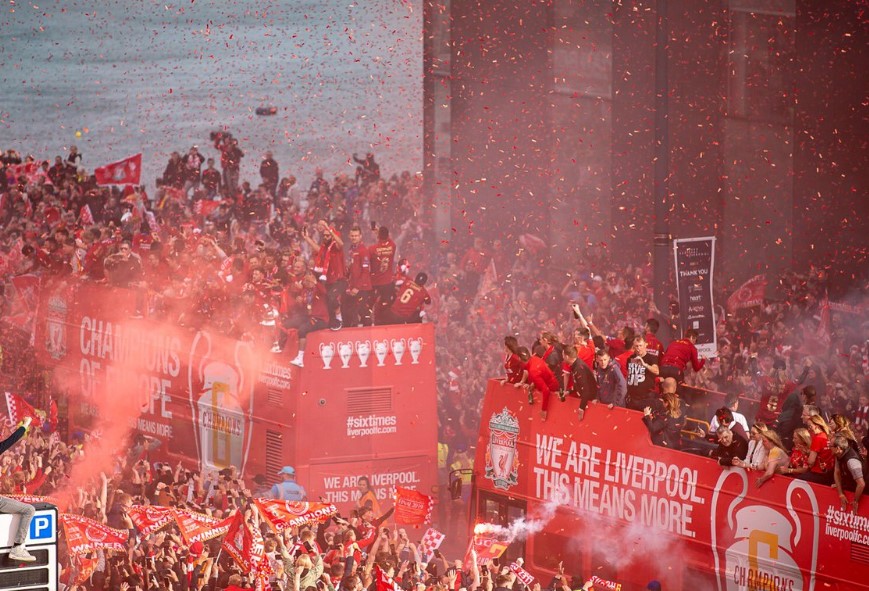 This weekend is set to be a busy one for the city with the Champions League Final being screened at venues across Merseyside on Saturday (28th May) and a homecoming parade for the Liverpool football team confirmed for Sunday (29th May).

Merseyside Police has been working with partners, including Liverpool City Council, Culture Liverpool, Merseytravel and British Transport Police and throughout the weekend there will be extra police officers in the city centre to ensure people have a safe and enjoyable time.

Chief Superintendent Jonathan Davies, said: "We know this weekend will be a very busy time for our region’s pubs, clubs and bars and we want people to come into our city and enjoy themselves.

"We are expecting large numbers of people to come into the city centre to the watch the Champions League Final at various venues and our message is - take some simple steps; keep your bags fastened and phones hidden, drink responsibly and plan your journey home in advance.

“It’s an evening kick off so make sure you pace yourself and stay with your friends. Make it a night to remember, not a night to forget."

Liverpool city council has been working with partners including Merseyside Police to ensure those who want to welcome the Liverpool team home on Sunday can do so safely.

The parade, which has been organised by Culture Liverpool, is due to start at 4pm and will follow a 13.5km (nine mile) route starting at Allerton Maze and concluding at Blundell Street in Liverpool city centre.

The parade is expected to attract tens of thousands of people, so the city council has key advice for fans:

• If you live along, or close to the parade route, stay local and walk or cycle. This may give you the best vantage point and means you can avoid a busy transport network
• Decide which part of the route you want to wait at and arrive in plenty of time
• Be patient – it is impossible to predict how long it will take the team bus to travel along the route

Chief Superintendent Davies said: “We expect a large number of people to gather along the parade route on Sunday. We will be supporting Liverpool City Council, who are organising the event, with the running and policing on the day to ensure the event goes ahead safely and disruption to regular road users is minimal.

“We would echo the city council’s request that people stay away from the city centre where possible to avoid overcrowding and added pressure on the transport network. There are a number of less busy locations from which to enjoy the day.

“It is worth nothing that due to planned industrial action there will be no Trans Pennine Express trains running on Sunday. Northern Rail will also be running reduced services.

“While we know that everyone will want to have the best possible view of the parade we would urge people not to climb onto vantage points along the route as it is dangerous and you could harm yourself or others.

"Flares and fireworks can also cause serious injury to people and damage property and we would ask people not to bring them to the event but instead enjoy the animation along the route provided by the event organisers.

“Rolling road closures will be put in place to accommodate the parade and although we will work with Liverpool City Council to keep disruption to a minimum, some traffic disruption is inevitable and we would ask motorists to be patient, or avoid the area of parade route if possible.

“Please also be aware that the gathering of crowds along the route will cause disruption to the transport network, both in the period up to the start of the parade, during it and afterwards as services work to get back to normal. So, where possible plan your journey home earlier and give yourself plenty of time.”

Advice for visitors to the city

Take care of your valuables

To find out all about road closures, public transport, viewing areas or to track the parade on a live Google map, head to Culture Liverpool which is home to a useful series of FAQs.

Liverpool Football Club social media will be also live from the event parade on @LFCHelp on Twitter.