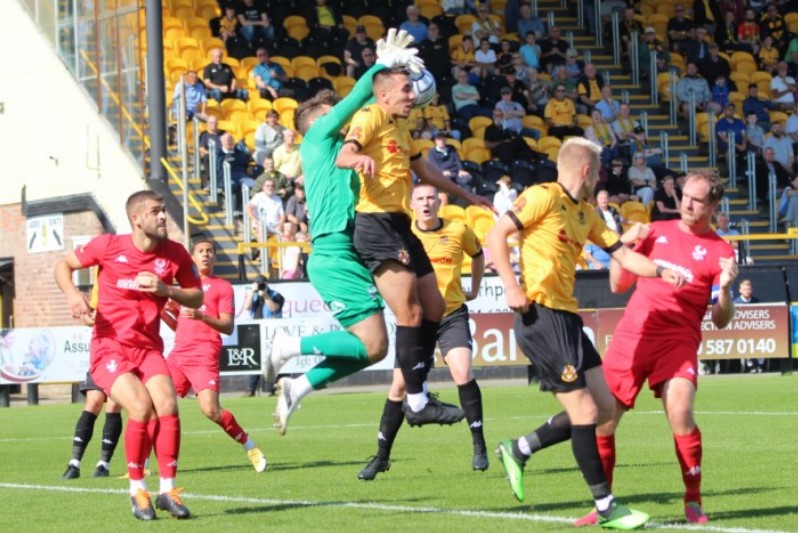 Southport enjoyed another fine performance but once again were unable to turn the display into three deserved points which is becoming a familiar tale.

The afternoon started badly for the home side conceding a penalty after just 6 minutes through a handball decision. Ashley Hemmings confidently despatched the spot kick past Cam Mason.

Southport then created two golden chances with Niall Watson 16 mins and Chris Doyle 21 mins well placed to give the home side the advantage.

The game ebbed and flowed and Southport again went close in the 44th minute when Josh Hmami fired just wide.

Kidderminster went close at the start of the second half rattling the bar but that was as close as they came in a second period dominated by the home side.

Watson went close again the the 48th minute from a superb Connor Woods cross and Woods himself fired just wide on 65 minutes with an excellent shot on the run that looked destined for the corner of the net but flew just wide.

Southport drew level on 71 minutes when another handball in the area saw the home side awarded a penalty. Marcus Carver stepped up once again to comfortably beat the ‘keeper.

It was all Southport now and chances came readily but Southport were unable to convert and the game ended 1-1. The goal attempts of 13 to 7 in Southport’s favour told the story of the game.

Kidderminster came into the match with maximum points and once again Southport showed they could live with a top side and with some better finishing could easily have turned one point into three.

Man Of The Match: Marcus Carver