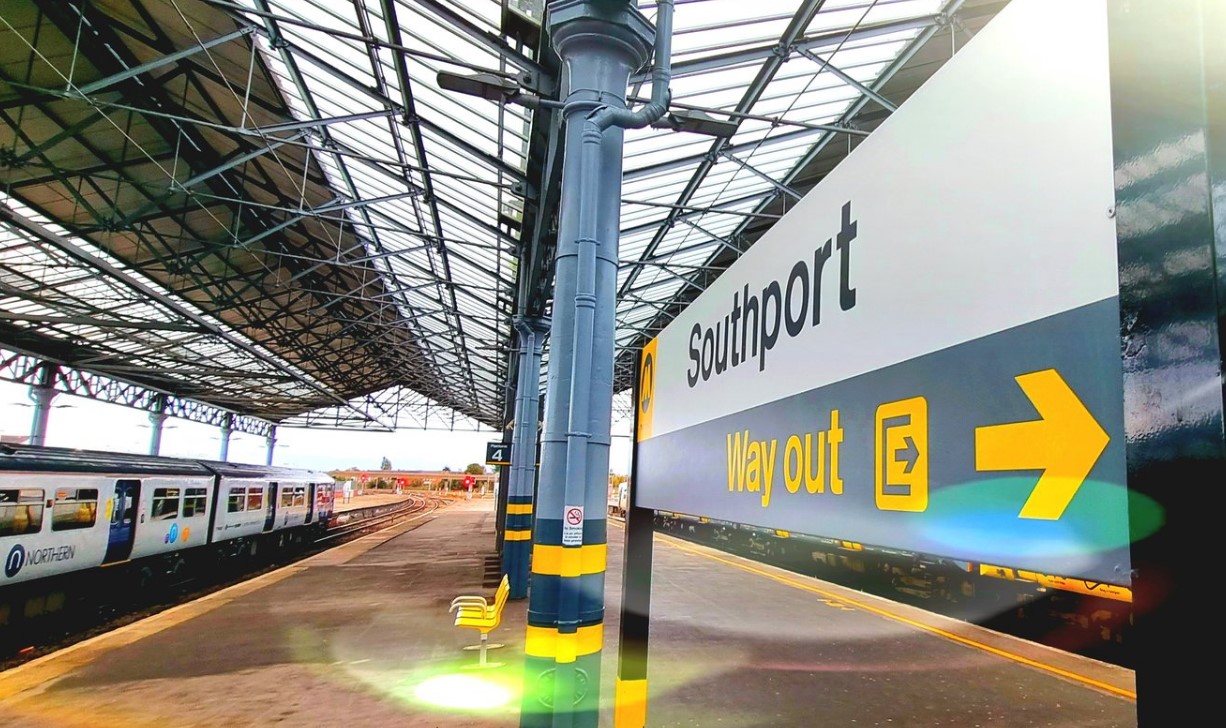 Months after it was revealed Southport would see a vital rail link to Manchester cut, a bid to restore the Burscough Curves has been rejected by the Department for Transport. Tony McDonough reports.

Southport is facing a second blow to its rail connectivity after the Department for Transport (DfT) rejected the possibility of opening up the Burscough Curves.

In February, LBN reported that the DfT and Network Rail planned to cut one of Southport’s two rail links with Manchester city centre. That will go ahead next year and could have a devastating effect on the town’s economy.

Now the DfT has delivered a second blow by rejecting an application for £50,000 under its Restoring Your Railway scheme. The money was for a feasibility study with and the preparation of a formal business case. The majority of funding for this next stage was committed to by Lancashire County Council.

Last week, the Liverpool city region was dismayed by how little it was to benefit from the Government’s £96bn Integrated Rail Review. The let-down for Southport just adds to the notion the DoT is allowing the city region’s rail connectivity to fall behind other regions.

The Burscough Curves were two sections of rail track which connected the Southport to Burscough train line with Preston to the north, and Ormskirk and Liverpool to the South. The line was axed in the early 1960s as part of the Beeching cuts, which sought to streamline the UK rail network.

Alan Fantom, chair of Ormskirk Preston & Southport Travellers’ Association (OPSTA), told LBN: “The curves is a lesson in missed opportunities and under exploitation. In the 60s the north curve was down to holiday and excursion trains and the south was solely used for empty stock movement.

“When the direct line between Southport and Preston closed in 1964 the alternative route was the north curve but British Rail did not offer a regular passenger service. The track on both curves had been lifted by the early 1970s.”

Mr Fentom adds he is perplexed by the latest decision as the DfT actually praised the scheme in its evaluation. The opening statement reads “the proposal makes a strong case for the intervention” for social and economic reasons.

It adds “… and a strong transport case with the area suffering from poor connectivity, congestion and air quality issues”. The DfT did approve 13 schemes across the country under the  Restoring Your Railway scheme but said the Burscough Curves proposal simply did not make the cut, despite making it through to the final round.

“It is very disappointing and hard to understand why the scheme is deemed unsuitable for the Restoring Your Railway ideas fund,” said Mr Fentom. “If the DfT had simply said the submission had not made the cut of 13 approved schemes then we would have to accept the decision.

“But the marked inconsistencies with the evaluation critique of our initial bid in an earlier round of funding applications is deeply concerning given a number of unfounded comments that seem quite subjective.”

Mr Fentom said he was particularly puzzled by what was described as the “potential lack of clarity over Merseytravel’s support for this scheme versus other variants of the scheme”. He says the reinstatement of the south curve is part of the Combined Authority’s long term rail strategy.

The CA has completed a successful trial of battery technology on its new Class 777 £500m train fleet. This gives the option of extending the Merseyrail network without the need for expensive electrification.

Next year, the direct rail link from Southport to Deansgate, Oxford Road and Piccadilly in the south of Manchester city centre will be axed. The decision was made as part of an overall strategy to reduce rail congestion around Manchester.

A service to Manchester Victoria, in the north of the city centre would remain. However, around two-thirds of regular commuters from Southport rely on the south side service which offers access to businesses, hospitals and onward connections to multiple other destinations, including Manchester Airport.

Direct rail connectivity with Manchester and Liverpool are seen as critical to Southport’s economic wellbeing. Organisations such as Southport BID are looking to attract more business and more people to come to the town. The loss of such a vital transport link is being seen as a huge blow.