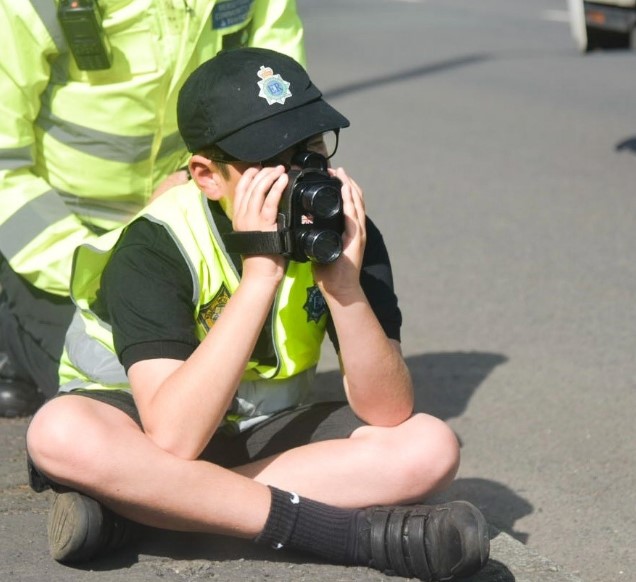 The Mini-Police were out in Southport earlier this week, on a mission to educate drivers to stay within speed limits.

Children from Year 5 at Norwood Primary were our Mini-Police Officers this week, supervised by staff from the school and Police Community Support Officers (PCSO's) from Southport Local Policing Team. The children were shown how one of the laser speed detection devices that we use works and all had a go at using it on traffic on Roe Lane and Norwood Avenue.

If any drivers had been travelling at excess speed, they would have been given the option of being spoken to by the Mini-Police. As it happened, the presence of all those yellow jackets in one place did the job of encouraging drivers to slow down. So no one needed to be spoken to on the day.