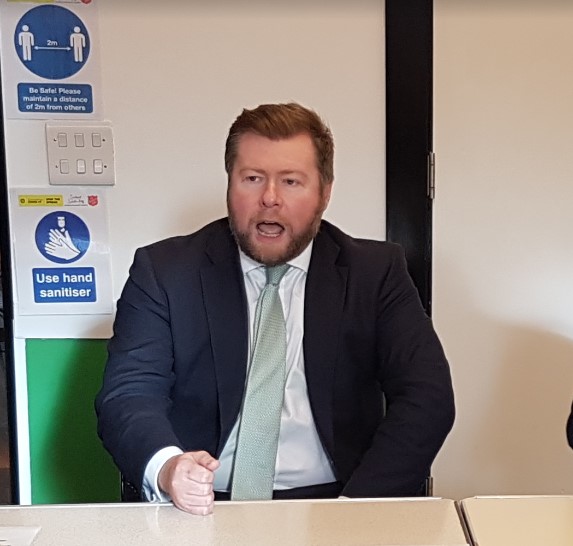 Damien Moore MP, the Member of Parliament for Southport, has for only the second time since his election in 2017 voted against the Government.

On Monday night, Mr. Moore voted against the introduction of New Clause 49 (NC49) at Report Stage of the Health and Care Bill. This clause obliges some of the least wealthy to pay a greater proportion of their wealth towards their social care costs, a clear watering down on earlier commitments by the Government to support those who most need it.

Mr. Moore has been pleased to support the introduction of a cap, along with the raising of both the upper capital limit (the amount after which you do not receive support) from £23,250 to £100,000 and the lower capital limit (the amount under which you do not contribute towards any eligible care costs) from £14,250 to £20,000. For these reasons the Health and Care Bill as a whole retains Mr. Moore’s support.

With the median house price in Mr. Moore’s constituency of Southport sitting at £190,500, the passage of NC49, which Mr. Moore voted against, means that many of his constituents will pay a far greater proportion of their assets than had previously been intended with the Health and Care Bill.

“I believe it was right to vote against this raid on people’s wealth. While I understand the necessity of the national insurance rise I recently supported, coupled with this last minute amendment to the new social care cap, it represents too great an increased cost for some of the least wealthy“The cap was introduced to protect people, and was supposed to help them keep more of their hard-earned assets rather than having them scooped up by spiralling costs. Many of my constituents now find themselves facing an £86,000 mountain to climb alone before the state will take over the cost of their care.

“Those in northern areas like Southport will pay a far greater percentage of their wealth towards care costs than those in the south. This flies in the face of the Prime Minister’s Levelling Up agenda, and is not what I set out to do when elected as MP.

“I will continue to vote in the interests of my constituents, and look forward to supporting further legislation that will help them keep their homes, protect their savings, and ultimately level up.”