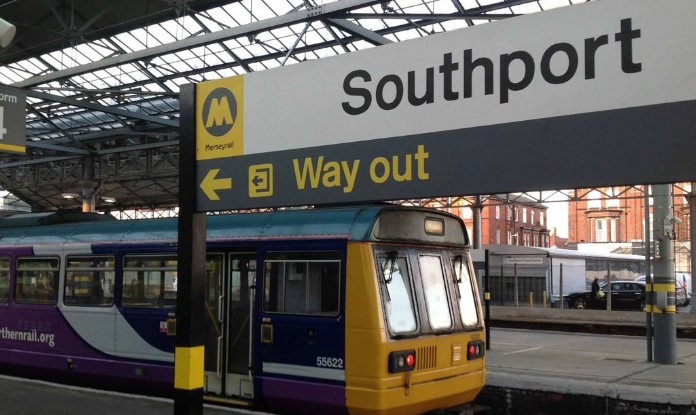 The strikes, supported by Labour MPs and Councillors, including those in Southport and Sefton, will grind the country to a standstill this week, harming the economy and losing hardworking people and businesses millions of pounds. Many students will be unable to get to their GCSE and A-Level exams despite years of preparation, and others will be prevented from accessing vital NHS treatment.

The Conservative Government committed £16 billion of emergency taxpayer support, the equivalent to £600 per household, to support the railways over Covid and ensure that not one single rail worker lost their job as a result of Covid.

Union bosses, who are leading up to 50,000 rail workers to walk out on the first of three days of strikes this week, hope that their actions will result in yet greater pay. The median wage for rail workers is £44,000 and the median salary for train drivers is £59,000, with a fifth of drivers earning more than £70,000.

The strikes are backed by Labour Councillors in Southport and Labour MPs in Parliament, who failed to vote for a motion expressing concern at the impact the strikes would have. Mr. Moore’s votes in Parliament last week signalled his opposition to the strikes, along with the majority of his Parliamentary colleagues.

“Like many across our town, I am deeply concerned by the rail action beginning tomorrow, which will affect everybody from the 16-year-old sitting their GCSEs to the pensioner needing to visit the hospital.

“Over the pandemic, the average household paid some £600 to support rail workers, who take home a median wage of £44,000. As we began getting back on our feet after Covid, and battling rising inflation and the growing cost of living, these strikes are a kick in the teeth to hardworking people and businesses across the country.

“Union bosses have driven these workers to a national strike under false pretences, threatening rather than protecting jobs, as they stand in the way of much-needed reform across our rail networks.

“While Labour have chosen to side with their union paymasters over the British people, I will always as Southport’s Conservative MP stand up for rail users and be firmly on the side of the hardworking, travelling public.”