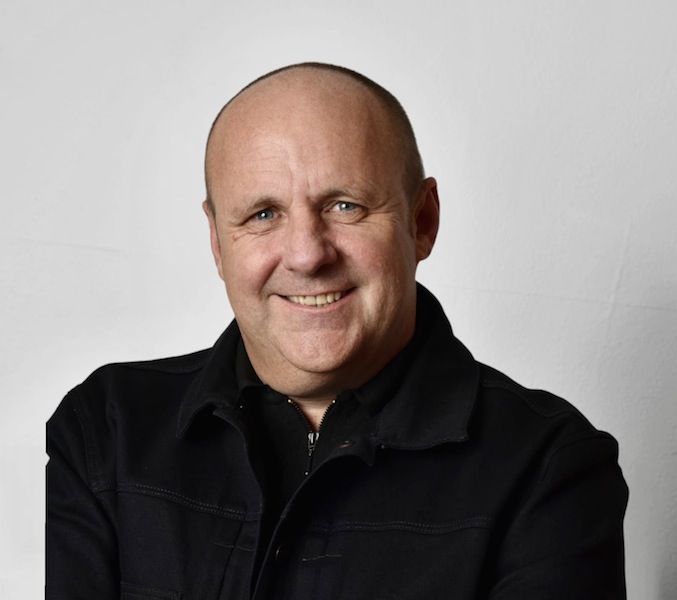 Martin Hovden writes: It's been hard keeping the secret for the past 12 months, but breakfast show presenter Trevor Ford can finally share his good news.

He's landed a role in the new Danny Boyle TV series Pistol which recreates the rise of the infamous 1970s punk rock band The Sex Pistols.

The series which starts on the Disney Plus channel on Tuesday (31 May) will be broadcast worldwide and all episodes can be streamed.

Director Danny Boyle has an international reputation for his work on Trainspotting and Slumdog Millionaire. He also directed the opening ceremony of 2012's London Olympics.

Trevor (pictured), who hosts the breakfast show on Mighty Radio - Southport's very own community radio station – has had a real passion for acting after playing the Dame in Goldilocks and The Three Bears at Southport Little Theatre a few years ago.

“During the Covid pandemic I sent an audition tape to my agent in London asking for a role in Danny Boyle's Pistol. That was in December, 2020.

“Fast forward to February last year after totally forgetting about the tape, and my agent phoned to say I'd got the part of a Barnsley publican in the series.”

He added: “It was just unbelievable to receive a call like that. I mean Danny Boyle (pictured) as your director, amazing. It was such an honour.

“Filming took place in June last year at a secret location. First day on set Danny came up and welcomed me and said 'hi Trev, welcome to Pistol. Great audition tape by the way'.

“You could of picked me up off the floor. But seriously what a down to earth nice guy. I couldn’t tell anyone for nearly 12 months and that was hard. It’s a small but integral part to play. However, it’s a television credit and I have to start somewhere.”

Look out for Trevor in episode 4 in the series of six. He’s wearing 70s clothes, a wig and a Yorkshire accent playing a huge scene in a social club as a Barnsley publican.

Pistol is based on the memoir of Sex Pistols guitarist Steve Jones and was created by Craig Pearce. It stars Toby Wallace, Anson Boon, Louis Partridge, Jacob Slater and Christian Lees.