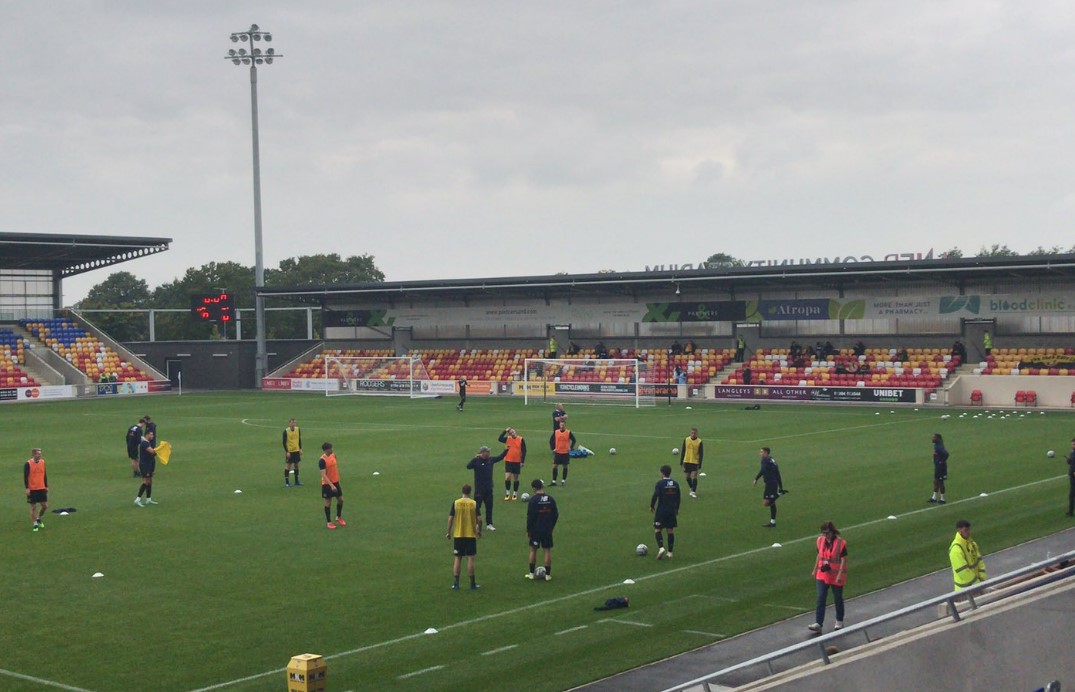 Southport went down to a 3-1 defeat to York and stay rooted to the bottom of the table.

The scoreline flatters the home side but in the end nobody could deny them the victory.

As early as the first minute a header flashed just wide of the Southport goal as York pressed forward and they went close again shortly after and could have been 2-0 up after just five minutes.

After weathering the early onslaught Southport came more into the game and Jordan Archer went close on 17 minutes but headed straight at the keeper.

On 18 minutes Adam Anson did his impersonation of John Barnes breaking from his own half beating five players before just been halted in the box. It would have been another goal of the season contender if the finish was there.

A free header from former ‘Port player Matty Brown gave the home side the lead on 29 minutes.

Far from letting the heads drop Southport came straight back through a penalty on 32 minutes after Jordan Archer was hauled to the floor. The referee decided it only warranted a yellow card rather than red. Josh Hmami took over penalty taking duties and slotted home to make it 1-1.

On 41 minutes with the home side’s fans getting a bit restless Hmami should have done better slicing his shot wide with only the ‘keeper to beat.

York looked much better in the second period and went close on 56 minutes after a goalmouth scramble before they took the lead through Akil Wright who had a free header from close in. 2-1.

Southport came back strongly with carver blasting over the bar on 62 minutes and Chris Doyle heading just wide on 71.

York were looking dangerous at this stage and had chances to increase the lead before the impressive Olly Dyson sealed the win in the 85th minute with a tap in with Southport pushing forward to make it 3-1.

Southport will be disappointed with the result but can take heart from the chances being created and with a bit better finishing at a crucial stage of the game it could have been a different story.

Attendance 3199 with 145 travelling away fans who as always gave the lads tremendous support on the road.

Man Of The Match: Adam Anson