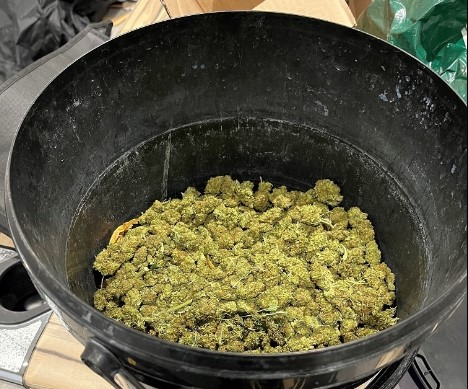 Officers have then searched an associated address of the male in Formby and located a large amount of white powder, approximately £1,200 in cash,  a large amount of cannabis and 14 cannabis plants. Also seized were numerous weapons located within the property