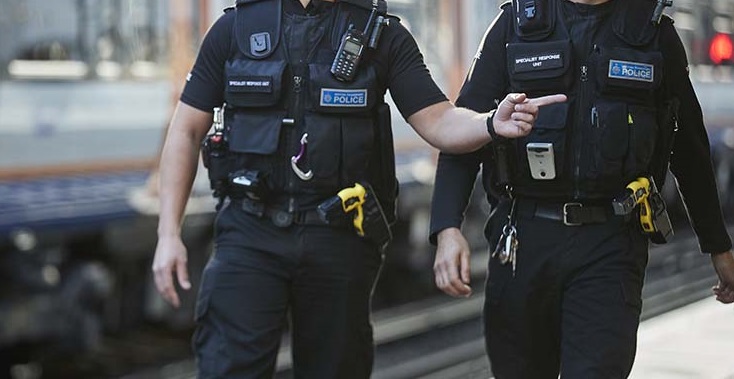 British Transport Police (BTP) will be the first police force in the UK to deploy special constabulary officers (“Specials”) in England and Wales with Taser devices.

Today, Friday 27 May, some BTP Specials will be on duty across the country carrying Taser to further assist them in keeping the public, rail staff and themselves safe.

The rollout comes as the force responds to risks around terrorism, public safety and public order offences across the railway.

The first cohort of 22 Specials have all successfully completed a three-day training course on the device’s use alongside Police Constables.

Special Chief Officer, Ben Clifford, said: “I’m delighted that we are able to be the first force in the country to operationally deploy Specials equipped with Taser. Our Specials are exposed to the exact same risks as regular officers and are a vital part of our frontline workforce.

“Allowing them to carry the device is a positive step both in recognising the skills and competence of our part-time, volunteer officers and further strengthens our commitment to ensuring the railway is a safe environment for passengers and rail workers.

“We regularly deal with incidents a considerable distance from back-up in remote locations, and Taser has a critical place in protecting the public and officers as a less lethal device.

“Around one third of BTP officers are trained to carry Tasers and our Specials have received same comprehensive training as regular officers.”

Specials are volunteer officers that have the same powers as regular officers and are an integral part of BTP’s frontline personnel.

They work a minimum of 16 hours per month and are deployed shoulder-to-shoulder with regular officers, attending the same incidents across the rail networks of England, Scotland and Wales.

The force employs 270 Specials, some of who have been in post for over two decades. In 2021 they volunteered more than 100,000 hours on duty to keep the network and our communities safe.