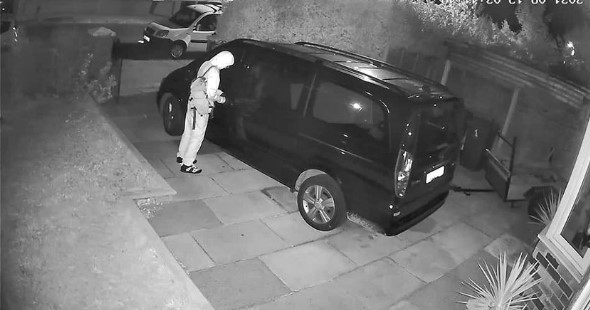 Police have received more reports, and CCTV of a man trying car door handles on Churchgate, Southport in the early hours of  Monday 13th September. Similar reports were made from Churchtown area last week and have been circulated around other social media pages.

PCSO's on the beat in Churchtown have visited some of the people who made reports and made enquiries at other addresses with doorbell cameras and/or CCTV. Police are aware that other residents have now posted similar footage from the same area.

Attempts to identify the offender are being made however, it is clear that people like this are just looking for the one car that has been left unlocked and with something of value left inside. Always remove EVERYTHING of value from your vehicle before parking up and especially when parking up for the night. Don't even leave loose change in the centre console.

Police encourage local residents to always report incidents like this. Each report helps them build up a pattern and may find  the missing piece of evidence they need to make an arrest.