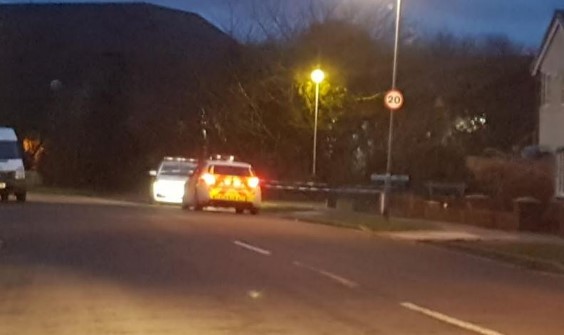 Police have charged a 54 year-old man with the murder of Rose-Marie Tinton.

Officers attended at a house in Folkestone Road in Southport on the evening of Friday 29th January this year where they found the body of a woman. Mrs Tinton, 82, was sadly pronounced dead at the scene.

Andrew Tinton, formerly of Folkestone Road in Southport, has been charged with her murder.

He is currently remanded into custody to appear at South Sefton magistrates court on Friday 1st October.

The Police and Ambulance services were called out to a house in Folkestone Road, Southport, at around 8.40pm last night ( Friday) where they discovered the woman's body.

She was pronounced dead at the scene and a post-mortem is being carried out to establish the cause of death.

A man, 47, man was arrested on suspicion of murder and police today said they were not looking for anyone else in relation to the pensioner's death.

Detective Inspector Lee Wilkinson “This is tragic incident and our thoughts are with the family of the lady involved.

“An investigation is currently underway and we are carrying out forensic, CCTV and house-to-house enquiries in the local area.

“I would ask anyone who was in the area of Folkestone Road at around 8.30pm last night who saw or heard anything suspicious to contact us as they may have information which is vital to our investigation.